Home / News / Industry News / What is the shrinkage of textile fabrics

What is the shrinkage of textile fabrics

The shrinkage of fabric refers to the percentage of fab […]

The shrinkage of fabric refers to the percentage of fabric shrinkage after washing or soaking. Shrinkage is a phenomenon in which the length or width of fabrics changes in a certain state after cleaning, dehydration, drying and other processes. The degree of shrinkage involves different types of fibers, the structure of the fabric, the different external forces that the fabric is subjected to during finishing, and so on.
The smallest shrinkage is synthetic fiber and blended chemical fiber fabrics, followed by wool, hemp, and cotton fabrics, silk fabrics shrink more, and the largest are viscose fibers, artificial cotton, and artificial wool fabrics. Objectively speaking, Cotton fabrics have some problems of shrinkage and fading. The key is the subsequent finishing. Therefore, the general home textile fabrics are pre-shrinked. It is worth noting that the pre-shrinkage treatment does not mean that it does not shrink, but means that the shrinkage rate is controlled at 3% -4% of the national standard. Underwear materials, especially natural fiber clothing, will shrink.

Therefore, when choosing clothes, in addition to selecting the quality, color, and pattern of the fabric, the shrinkage of the fabric should also be understood. 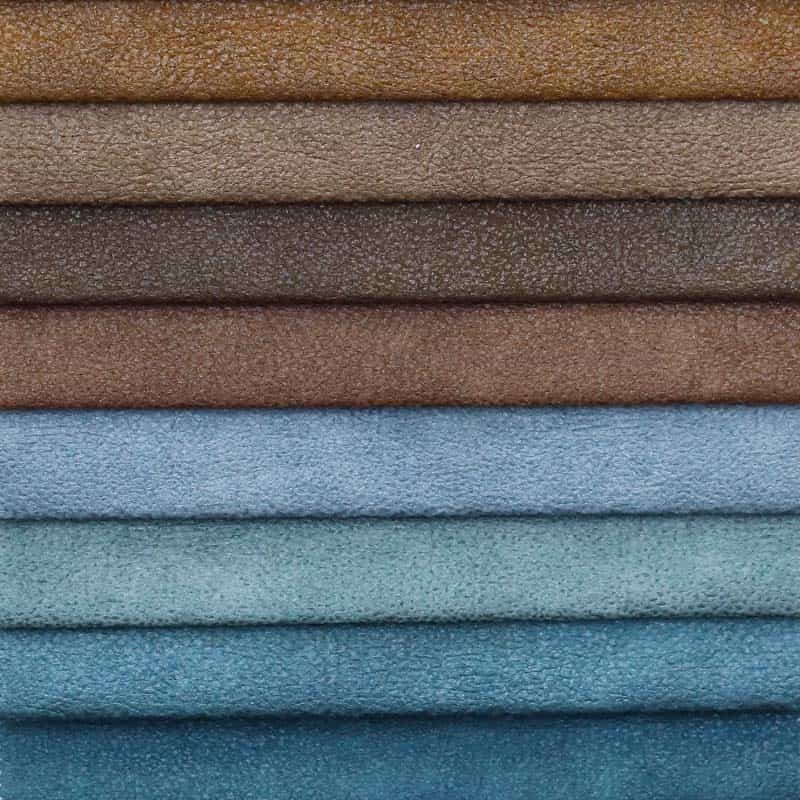 1. The influence of fiber and shrinkage
After the fiber itself absorbs water, it will swell to a certain degree. Generally, the swelling of fibers is anisotropic (except nylon), that is, the length is shortened and the diameter is increased. The percentage of the difference between the length of the fabric before and after launching and its original length is usually called shrinkage. The stronger the water absorption capacity, the more intense the swelling, the higher the shrinkage rate, the worse the dimensional stability of the fabric.

When the fiber is spun, or the spun yarn is woven and dyed, the spun yarn fiber in the fabric is elongated or deformed by external force, and the spun yarn fiber and the fabric structure generate internal stress, which is in a static dry state , Or static wet relaxation state, or dynamic wet relaxation state, full relaxation state, the release of internal stress in different degrees, so that the spinning fiber and fabric return to the original state.
Different fibers and their fabrics have different degrees of shrinkage, mainly depending on the characteristics of their fibers-hydrophilic fibers have a greater degree of shrinkage, such as cotton, hemp, viscose and other fibers; while hydrophobic fibers have less shrinkage , Such as synthetic fibers.
When the fiber is in the wet state, it will expand under the action of the immersion liquid, making the fiber diameter larger. For example, on the fabric, the radius of curvature of the fiber at the intersecting point of the fabric is increased, resulting in a shortened fabric length. For example, cotton fiber expands under the action of water, the cross-sectional area increases by 40-50%, and the length increases by 1-2%, while synthetic fibers shrink against heat, such as boiling water, generally about 5%.
When the fabric fiber is heated, the shape and size of the fiber change and shrink, and it cannot return to the original state after cooling, which is called fiber heat shrinkage. The percentage of the length before and after heat shrinkage is called the heat shrinkage rate, which is generally expressed by the boiling water shrinkage test. In 100 ° C boiling water, the percentage of the fiber length shrinkage is expressed; also using the hot air method, hot air above 100 ° C The percentage of shrinkage is measured in the middle, and the percentage of shrinkage in steam exceeding 100 ° C is also measured by steam. The fiber performance is different under different conditions such as internal structure and heating temperature and time. For example, the shrinkage of boiled water in finishing polyester staple fiber is 1%, the shrinkage of vinylon in boiling water is 5%, and the shrinkage of chloroprene hot air is 50%. Fibers have a close relationship with the fabric finishing and the dimensional stability of the fabric, which provides some basis for the design of the subsequent process.

3. The shrinkage of general fabric

Raw materials
Different fabrics have different raw materials and different shrinkage rates. Generally speaking, for fibers with high hygroscopicity, the fiber expands after immersion in water, the diameter increases and the length decreases, the shrinkage rate is large. If the viscose fiber has a water absorption rate of up to 13%, and the synthetic fiber fabric has poor moisture absorption, its shrinkage rate is small.

Production Process
Different fabric production processes have different shrinkage rates. Generally speaking, in the weaving, dyeing and finishing process of fabrics, the fibers must be stretched many times, the finishing time is long, and the shrinkage rate of the fabrics with large applied tension is large, and vice versa.

Fiber composition
Compared with natural plant fibers (such as cotton and hemp) and plant-regenerated fibers (such as viscose) and synthetic fibers (such as polyester and polyacrylonitrile fibers), they are simple to absorb moisture and expand, so the shrinkage rate is larger, while wool is due to the surface The scale structure is simple and felting, which affects its dimensional stability.

Fabric structure
In general, the dimensional stability of woven fabrics is better than knitted fabrics; the dimensional stability of high-density fabrics is better than that of low-density fabrics. In woven fabrics, the shrinkage of plain weave fabrics is generally less than that of flannel fabrics; while in knitted fabrics, the shrinkage of plain stitches is less than rib fabrics.

Production finishing process
As the fabric is colored, printed, and post-finished, it is inevitable that it will be stretched by the machine, so there is tension on the fabric. However, the fabric simply releases the tension after encountering water, so we will notice that the fabric shrinks after washing. In the actual process, we generally use pre-shrinkage to solve this problem.

Cleaning care process
Washing care includes washing, drying and ironing. Each of these three steps will affect the shrinkage of the fabric. For example, the dimensional stability of hand-washed samples is better than that of machine-washed samples, and the temperature of washing will also affect its dimensional stability. Generally speaking, the higher the temperature, the worse the stability. The drying method of the sample also has a greater influence on the shrinkage of the fabric.

In addition, choosing an appropriate ironing temperature according to the composition of the fabric can also improve the shrinkage of the fabric. For example, cotton and linen fabrics can improve their size reduction by ironing at high temperature. However, it is not that the higher the temperature, the better. For synthetic fibers, high-temperature ironing can not only improve its shrinkage, but will damage its performance, such as the fabric is hard and brittle.

0
PREV: 10 tips to help you choose high-quality anti-static fabrics      NEXT: What is the difference between velvet, velour, and velveteen, from a structural standpoint